Let's start with the fail.

It's funny how sometimes a blog post practically writes itself. When this happened last night, I felt so dumb, yet knew immediately that I had to share it.
It all started like this:

My husband called on his way home from work  to tell me that he was picking up some chicken from El Pollo Loco (Yummy stuff!). THEN he mentioned something about biscuits and sausage gravy... we just had that as my Mother's Day brunch... It's one of our favorites!
I told him that he should just skip the chicken and go to the store for biscuit and gravy fixin's. Good idea, hu? I know. He thought so too.
He came back with the ingredients... and a big box of Eggo Waffles... and bananas and orange juice.. the works.
I made the sausage gravy and biscuits, and we ate. Yum! Then I started on the waffles for dessert. Easy, right?
I mean, come on... You just pop them in the toaster!
Ok... done. My husband wanted bananas and a little cinnamon sprinkled over his. Sounded yummy!
After I made the kids' and his, I made mine.
Waffles...
Butter...
Bananas...
and.... 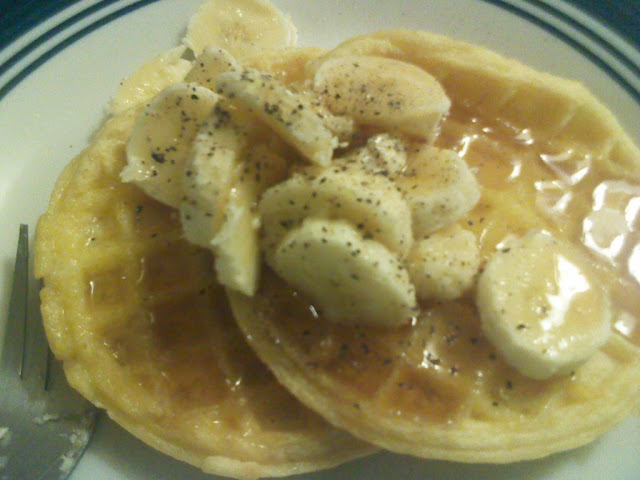 Yeah...
That's NOT cinnamon.
It's black pepper.
Not cool.
My oldest son tells me to try it. He says it might be one of those things that are really good, but discovered by accident. You know, like chocolate an peanut butter... or chocolate and bacon...
I tell him to try it! He refused, with the reasoning that he doesn't like bananas.
Pffft... fine!
So, I tried it.
It is NOT like chocolate and peanut butter!
Fail!

I was tickled pink to learn that 2 of my projects were featured on two really awesome blogs!!!

My Sunflower Sun Hat was featured on Tutus and Tea Parties!

And my Quick Paper Hand Puppets were featured on Crafty Moms Share!

Click the links below to check them out! And while you are there, link up some of your projects and check out some of the other links!

Labels: cooking fail, I was featured